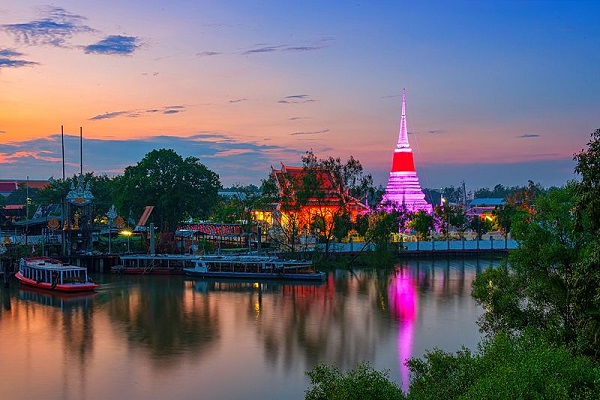 Samut Prakan lies at the mouth of the Chao Phraya River on the Gulf of Thailand. Thus the province is also sometimes called Pak Nam (ปากน้ำ), Thai for 'mouth of river'.

The part of the province on the west side of the river consists mostly of rice paddies and shrimp farms as well as mangrove forests, while the eastern part is the urban centre, including industrial factories. It is part of the Bangkok metropolis. The urbanization on both sides of the provincial boundary is identical.

The province has a coastline of approximately 47.2 kilometres. Samut Prakan is the site of a skirmish between French and Siamese forces on 13 July 1893, subsequently referred to as the Paknam Incident.