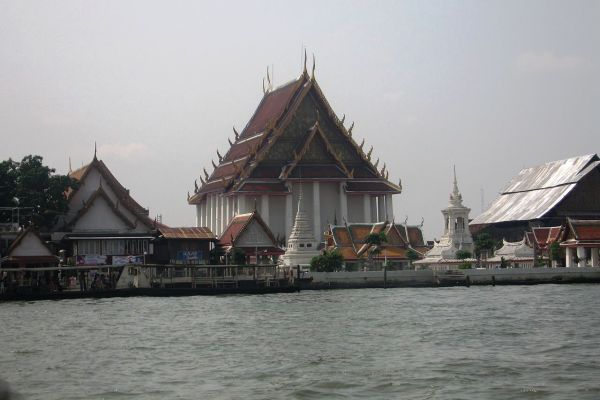 Thonburi is a charming residential neighborhood west of the Chao Phraya River, where long-tail boats glide down narrow waterways, or klongs, lined with wooden houses.

On the riverside, the monumental and iconic Wat Arun temple has a towering pagoda and rows of gilded Buddhas. Street-food stalls are scattered throughout the area, serving snacks like grilled sausages and coconut pancakes.

In addition to the native inhabitants, the district was settled relatively early by foreigners, first Chinese merchants, then the Portuguese after the fall of Ayutthaya to the Burmese in 1769. In addition to the Chinese and Portuguese, there were also Muslims and Mon, from Burma, as well as French priests, particularly in the neighbourhood called Kudi Chin.

The area still retains many Chinese shrines, mosques, and Santa Cruz Church, the second Catholic church to be built in Thailand