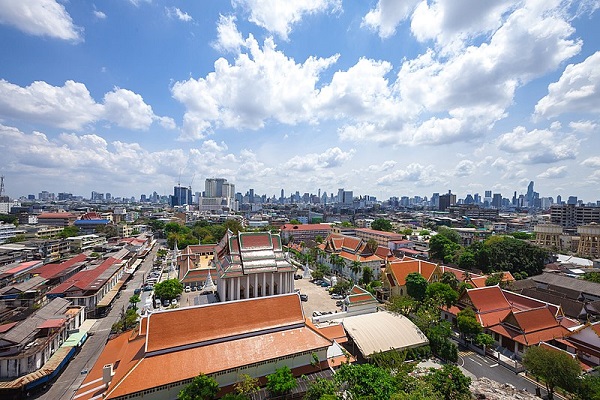 Pom Prap Sattru Phai was established in 1915 when the districts of Bangkok were overhauled and replaced by 25 amphoes (districts). ... The district was named after a fort (pom in Thai) south of Nang Loeng Market. The fort was one of the eight new forts built along Khlong Phadung Krung Kasem during King Rama V's reign.