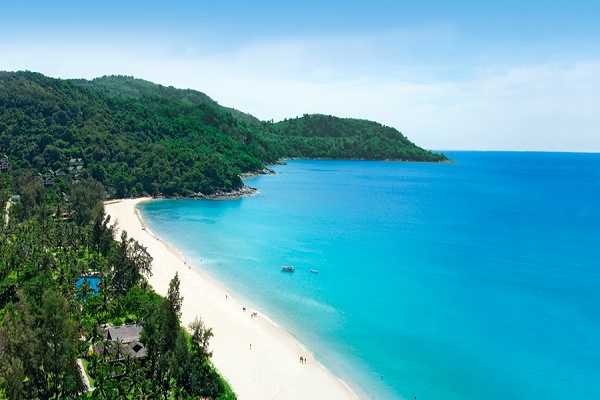 Thailand should decide if it wants tourism, or not. The Tourism Authority of Thailand (TAT) has spent billions of baht over the past 15 years to build the tourism industry into a major force, and it has been largely successful in spite of political turmoil, a tsunami, floods, corruption and fluctuations in currencies worldwide. One estimate published in 2003 placed the tourism trade at US$4.3 billion per year, about 3 per cent of the Thai economy. It surely is much higher now. But what Thailand is currently doing to this industry borders on insanity, ignorance – or both.

The tourist industry has blossomed, bringing a construction boom and much needed dollars to the Thai economy. All because “The Land of Smiles” made tourists feel welcome.

A major attraction of Phuket for tourists has always been the beaches. Tourists are drawn to them because they are enjoyable, sunny and hot. They were, for many years, packed with free-spending visitors who spent money on accommodations, food, fishing, diving, partying, eco-tourism and more.

Right now, the tourist industry is suffering mainly because of the nation’s political turmoil and[br_tc] because of global fluctuations in currency values. The attractions are still here to welcome visitors, but Thailand has now deliberately added a new detriment to tourism.

This year, tourists are greeted with so many restrictions on beach use that they will no longer come for the beaches. Many of them will instead go to places where they feel welcome.

Lounge chairs once made the beach comfortable for thousands of tourists. Now, there are no lounge chairs. Most tourists don’t like the noise, danger and commotion of jet skis, but, somehow, they’re permitted.

Tourists liked beachside vendors, shops, bars and restaurants. They made the day much more relaxing and enjoyable. These are all outlawed now – along with smoking and eating on the beach.

Tourism was once the golden goose for Thailand. Why the new restrictions? There seem to be two possible reasons.

The first could be that the crowded beaches were suddenly deemed unsuitable. The second could be that officials wanted to eliminate the corruption that seems to be present in so many tourism businesses. Authorities had a difficult time policing vendors and businesses, so they decided to put them out of business, thus destroying the tourism industry.

Thailand should decide if it really wants to be one of the world’s top tourism destinations. If not, the money spent through TAT campaigns should be spent elsewhere. If tourism is desired, then the anti-tourism rules should end and the authorities should eliminate the graft and corruption involved with seaside businesses.

It’s time to make a decision, Thailand – do you want tourists, or not?

This article first appeared in the March 7 – 13 issue of the hard-copy Phuket Gazette newspaper. Digital subscribers may download the full newspaper, this week and every week, by clicking here.